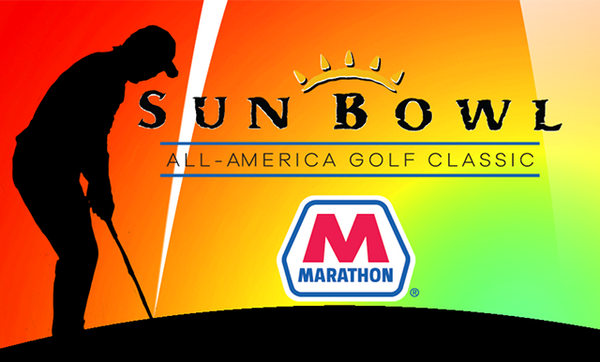 Current PGA players such as Dustin Johnson, Jordan Spieth, Ricky Fowler, Phil Mickelson and Tiger Woods have hit the links at the El Paso Country Club and this year there are 29 amateurs from around the country invading the Borderland.

“The golf committee continues to work tirelessly to bring some of the best amateur players in the country to El Paso,” said Sun Bowl Association Executive Director Bernie Olivas. “This year is no different. We invite everyone to come out and watch the competition and even get autographs and pictures with future pros.”

Participants are from all around the country and the world and have accomplished some amazing achievements on the course. They have achieved All-America status or have a high-amateur ranking.

Jordan Spieth, Tiger Woods, Phil Mickelson, Davis Love III, Justin Thomas, Notah Begay and Jerry Pate are just a handful of past participants who went on to have successful PGA careers. College All-America Golf Classic Alumni have combined to win 52 major championships and have earned over $2 billion in career earnings.

The annual event starts with the Titleist Long Drive Contest and PING Putting Contest on Sunday, Nov. 18 at 9 a.m. (MT). The best opportunity for fans to get photos with the future PGA players and obtain autographs is on Sunday immediately following the two contests.

John Augenstein – Hometown: Owensboro, Ky. – Amateur Status: Jr. at Vanderbilt
• 2018 All-SEC Second Team and 2018 SEC Academic Honor Roll selection
• Named to the GCAA Freshman All-American team and as a GCAA Honorable Mention All-American selection in 2017
• Named SEC Freshman of the Year and to the All-Freshman Team in 2017
• Clinched the SEC Championship in 2017 after winning the deciding matches in the semifinals against Florida and the finals against Texas A&M
• Career round of 63 came in second round of Carmel Cup at Pebble Beach Golf Links in 2017

Quade Cummins – Hometown: Weatherford, Okla. – Amateur Status: Jr. at Oklahoma
• Division I PING All-America honorable mention selection and All-Region pick by the GCAA after the 2017-18 season
• Won the 2016 Oklahoma Amateur Championship
• Finished third at The NCAA Norman Regional shooting his fifth 67 on the season. That was the seventh top 10 finish of his career.

Alex del Rey – Hometown: Madrid, Spain – Amateur Status: Jr. at Arizona State
• Two-time Spanish National Champion (U16/18).
• Posted four top-10 finishes and had a 70.89 stroke average in 12 tournaments and had 12 rounds in the 60s in sophomore season.
• In 2017-18 he earned All-Pac-12 first-team honors after a solid sophomore season and then earned PING All-West Region honors.
• An accomplished junior golfer on the Spanish circuit, he has been a member of the Spanish national team since the age of 14

Chandler Eaton – Hometown: Alpharetta, Ga. – Amateur Status: Jr. at Duke
• Named to PING All-East Team after averaging a 71.70 scoring average over 37 rounds, second best on the team
• T-15 finish at the NCAA National Championship, giving him honorable mention All-America status
• A PING All-East Region selection after the 2016-17 season and was also named to the All-ACC and All-ACC Academic teams that year
• Tied for the team lead in rounds played (39) during the 2016-17 season and also garnered the team’s second-best scoring average with a 71.74 that year

Austin Eckroat – Hometown: Edmond, Okla. – Amateur Status: So. at Oklahoma State
• Received honorable mention All-America recognition from the Golf Coaches Association of America after the 2017-18 season
• Finished at 218 and alone in 19th place at the NCAA Columbus Regional before posting a 1-over 289 total at the NCAA Championship to tie for 19th place. earned a 1-up victory over Alabama’s Davis Shore in the NCAA title match
• Runner-up at the 2018 Pacific Coast Amateur
• Runner-up to teammate Hayden Wood at the 2018 Oklahoma Golf Association State Amateur Championship

Harry Hall – Hometown: Hayle, England – Amateur Status: Sr. at UNLV
• Named PING All-West Region after the 2017-18 season
• Selected All-Mountain West for the third straight year
• Named a Srixon/Cleveland Golf All-American Scholar and also Academic All-MW for the third straight year
• Was a member of the international team at the Arnold Palmer Cup
• Finished first in Santa Rosa at the U.S. Amateur Qualifier and also finished first in Las Vegas at the U.S. Open Pre-Qualifier
• Earned Dean’s List honors for both Fall 2016 and Spring 2017 and was named to the Academic All-MW team for the second straight year in 2017. He also earned the league’s Scholar-Athlete Award that year

Walker Lee – Hometown: Houston, Texas – Amateur Status: So. at Texas A&M
• 2017-18 stroke average: 73.03
• Tied atop the player leaderboard at the Aggie Invitational (211,-5) to earn his first career victory and was named SEC Freshman of the Week following his win at the Aggie Invite
• Finished tied for 32nd at the NCAA Bryan Regional and posted a tie for 41st at the NCAA Championship to help that Aggies advance to match play
• Before arriving at Texas A&M, Junior Golf Scoreboard rankings regarded Lee as the No. 2 player in the state of Texas as well as the No. 18 player nationally

Bryson Nimmer – Hometown: Bluffton, S.C. – Amateur Status: Sr. at Clemson
• Three-time first-team All-ACC selection and two-time All-ACC Academic team
• Three-time All-District by Coaches Association and honorable mention All-American by Coaches Association as a sophomore and second-team All-American as a junior
• Ranks third in Clemson history in career stroke average with a 71,58 figure (min of 50 rounds
• Has three top eight finishes at the ACC Tournament… won ACC Rookie-of-the-Year honors in 2015-16, he was just the third Clemson player to win the award

Mason Overstreet – Hometown: Kingfisher, Okla. – Amateur Status: Jr. at Arkansas
• 2017-18 Stroke Average: 71.52
• PING All-Region Team and SEC Spring Academic Honor Roll
• Earned his first collegiate win as he was co-medalist at the Jerry Pate Intercollegiate with rounds of 65-65-70 for a career-best 10-under par 200
• Reached the round of 16 at the 2018 U.S. Amateur
• As a freshman was the NCAA Championship runner-up and a PING All-America honorable mention

Turk Pettit – Hometown: Auburn, Ala. – Amateur Status: So. at Clemson
• 2017-18 Scoring Average: 70.97
• First-team All-ACC as a true freshman and was an honorable mention All-American
• Finished the 2017-18 season ranked No. 35 in the nation by Golfweek and 65 by Golfstat in the final rankings
• Had second round 65 at NCAA Regional to tie Clemson record for low score at any NCAA Tournament in history
• Two-time State Champion in Alabama, also won Alabama Amateur in 2016 and finished runner-up in 2017

Peng Pichaikool – Hometown: Bangkok, Thailand – Amateur Status: Jr. at Mississippi State
• 2017-18 Scoring Average: 71.75
• Placed in the Top 5 twice and in the top 10 three times
• In December of 2017, he shot 9-under at the Boonchu Ruangkit Championship, an Asian Development Tour (pro) event in Thailand, to a tie for 12th, the best finish by an amateur
• In January 2018, he competed against some of the best collegiate talent at the Jones Cup, where he placed fifth
• Tied for 30th and took a share of the best amateur finish at another Asian Tour event, the Thailand Open, in June.
• He was named to the SEC All-Freshmen team after the 2016-17 season and named to the GCAA Ping All-Region Team that year

Spencer Ralston – Hometown: Gainesville, Ga. – Amateur Status: Jr. at Ga.
• 2017-18 Scoring Average: 70.86
• Chosen as an Honorable Mention All-American by PING and the GCAA
• Named Second-Team All-SEC by the league’s coaches
• Named to the PING All-Southeast Region Team by the Golf Coaches Association of America
• Named to the SEC’s All-Freshman Team after the 2016-17 season
• Won the Tommy Aaron Award as Gainesville’s Player of the Year four times, was named All-State four times and named 5A Player of the Year three times

Matthias Schmid – Hometown: Maxhvette, Germany – Amateur Status: Fr. at Louisville
• 2016-17 Stroke Average: 71.72
• Selected as a PING all-region honoree
• Became a member of the Germany junior team with a second-place finish at the Belgium U18 and a win at the Evolve
• Won the Bavarian champion in 2017, shooting a career-low 199 and 17-under par

Brandon Smith – Hometown: Frisco, Texas – Amateur Status: Jr. at Texas A&M
• 2017-18 Stroke Average: 71.84
• PING All-America honorable mention selection
• Was in the hunt for medalist honors throughout the NCAA Bryan Regional (206, -10) before ultimately finishing in a tie for second, one stroke of the lead
• Stood out as the highest-placing Aggie during stroke play at the NCAA Championship (287, -1) where he finished tied for 11th to help A&M advance to match play
• Qualified for the Texas Amateur Championship for four consecutive years before arriving at Texas A&M

Chun An Yu – Hometown: Taoyuan, Taiwan – Amateur Status: Jr. at Arizona State
• 2017-18 Stroke Average: 71.61
• Won the 98th annual Western Junior title in the summer of 2015 as he rallied late and won in a sudden-death playoff and joined the likes of Rickie Fowler, Hunter Mahan and Jim Furyk on the Milt Woodard Champions Trophy.
• Won the 2015 Junior Players Championship with a 5-under 67 and won the tournament by one stroke after trailing by six.
• Finished second at the 2014 Callaway Junior Championship and finished third at the 2014 Asia games