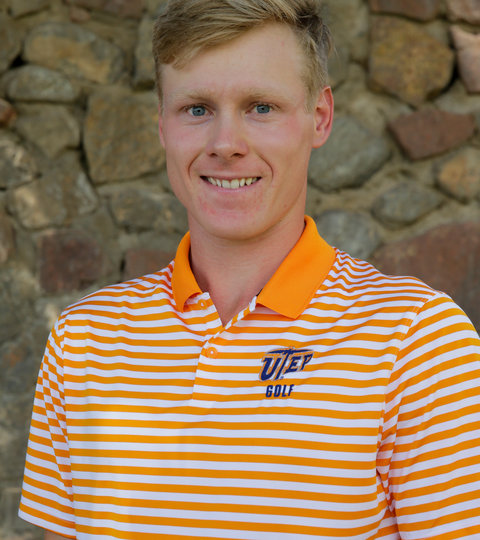 2018-19 (SOPHOMORE): Competed in all 13 tournaments during the season … named Conference USA co-Golfer of the Week on April 4 … registered a 72.5 stroke average (37 rounds), ranking second on the squad … placed in the top 10 in six events, while finishing as the top Miner six times … won first collegiate tournament and earned C-USA co-Golfer of the Week after firing a 7-under par (70-71-68—209) at the Bearkat Invitational in Montgomery, Texas, at Walden Lake Conroe Golf Club … placed second at 5-under par (74-67-70—211) at the Pepsi-Cola Classic at Red Hawk Golf Course, which included a career-low 67 during second-round action … UTEP (291-282-282—855) won the Pepsi-Cola Classic, shooting 9-under par … finished sixth at the Herb Wimberly Intercollegiate at 5-over par … shot 5-under 208 at the GCU Invitational, tying for seventh … fired a 1-over par (69-73-75—217), finishing season tied for 10that the C-USA Championship.

PRIOR TO UTEP: Member of the Danish National Team…graduated from Handelsgymnasiet Ikask-Brande in 2016…boasts a 72.5 scoring average in tournaments with a tournament-low score of 63 (-9)…ranked 8th among the Danish national men’s rankings…won the 2017 PGA Jyske Bank Championship, where he shot a personal-best second round of 63…other notable finishes include a second place finish at the DGU Men’s Elite Tour, fourth at the Hovborg Kro Open and second at the Skanderborg Bilcentrum Open.