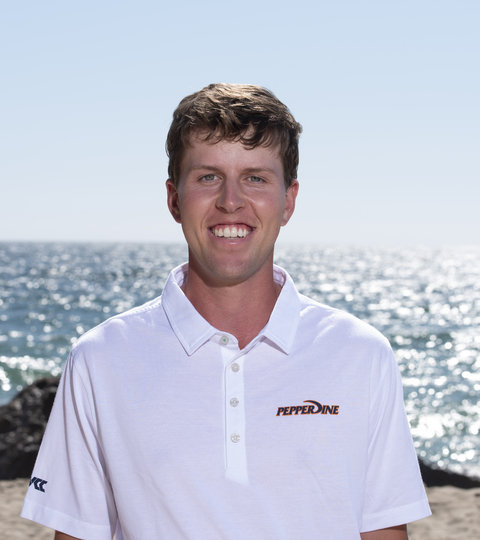 PERSONAL
Majoring in rhetoric and leadership. Born in Walnut Creek, Calif. Parents are John and Michele McCarthy. His father played basketball at Cal State East Bay. Has one sister, Emma, who runs track at Saint Mary’s. Chose Pepperdine because “it is a great school in a Christian environment. The golf program competes at the highest level, and I liked how the coaches motivated and cared about their players. Some of his favorites include Phil Mickelson (pro golfer), Pebble Beach (golf course), The Greatest Game Ever Played (movie), hamburgers (food) and basketball (sport other than golf).