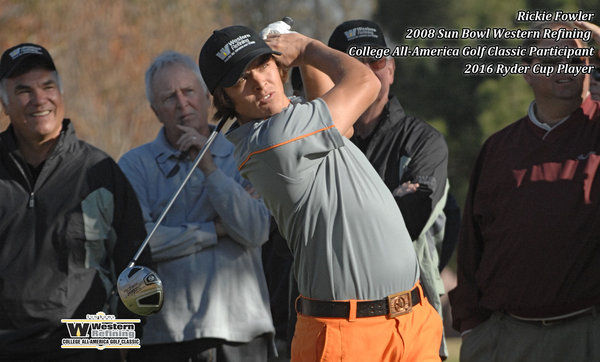 EL PASO, Texas – The 2016 Ryder Cup teams are set and feature a total of 10 Pro Golf Association (PGA) players that have participated in the Sun Bowl Western Refining College All-America Golf Classic in the past. The 10 PGA members are on the teams as either captains, vice-captains or players.

Leading the United States team is All-America Classic alum Davis Love III, who is the team captain. Love III played and won in El Paso during the 1984 tournament. He also played in the 1983 Classic.

The 42nd edition of the All-America Classic is scheduled for Nov. 11-13, 2016 at the El Paso Country Club with 15 All-Americans already committed to participating.